After 10 Years, Consumer Product Improvement Law is Worth Celebrating 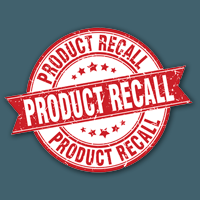 It was two days after Mother’s Day when Linda Ginzel dropped off her 16-month-old son, Danny, at the Sweet Tots day care center in Chicago’s Lincoln Park neighborhood. That would be Linda’s last visit to Sweet Tots. That day, the top rails of the Playskool Travel-Lite crib in which Danny was sleeping collapsed onto his neck. Trapped and unable to breath, Danny died.

Before Danny’s tragedy, four other children had died in that exact crib model. Danny’s parents later learned the crib had been recalled five years prior, but neither the child care provider nor Danny’s parents had heard of the defect. To date, at least nineteen children have died in this defective product.

Like many other parents we meet at Safe Kids who have lost a child to a preventable injury, Linda and her husband, Boaz, became passionate advocates for child safety. Linda and Boaz founded Kids in Danger, an advocacy organization focused on improving child product safety. Safe Kids is proud to work with Kids in Danger and other groups, like the Consumer Federation, that have led the charge for essential safety measures.

Linda’s and Boaz’s organization successfully advocated for a law, in Danny’s memory, that requires the manufacturers of children’s products to provide a registration form to consumers, ensuring they’ll be notified of a recall—similar to what is required for car seats.

That’s not all. Danny’s Law was included in much a broader piece of legislation called the Consumer Product Safety Improvement Act (CPSIA). It would improve the recall process, enhance product testing, create mandatory standards for children’s products and increase the powers and responsibilities of the Consumer Product Safety Commission (CPSC). CPSIA celebrates its 10-year anniversary in August 2018. The intent of CPSIA was to strengthen the authority of the CPSC so that children’s products, like the crib in which Danny died, won’t contain hazardous defects, and it has been incredibly successful so far.

Because of CPSIA, toys and children’s products must be tested by a CPSC-accredited third-party laboratory for safety flaws against mandatory federal standards developed by the CPSC. The law also created a consumer product incident database and gave the agency the teeth to sanction bad actors, like manufacturers who delay action on products they know to be defective. Companies determined by the CPSC to have violated product safety laws now must face increased civil penalties.

Together, we are celebrating the 10-year anniversary of the passage of CPSIA, as well as the work of other consumer safety organizations and advocates like Linda and Boaz. Our kids are better protected because the products in their environment, everything from their toys to their cribs, are safer.

Give us your views on improving the child consumer product safety system on the 1 question survey on Twitter.

After ten years of enhanced product safety, what should the consumer product safety community and the Consumer Product Safety Commission @USCPSC focus on next? See our blog on law's 10 year anniversary. https://t.co/WjbxMZeveC

Akhil Reddy, a public policy intern at Safe Kids, is a rising junior majoring in Bioinformatics at the University of Pittsburgh. He grew up in Houston, Texas.

Beware of Liquid Nicotine Packaged as Products That Appeal to Kids

Be Prepared for the Silent Killer: New Law for Nebraska