Getting the Lead Out of U.S. Homes 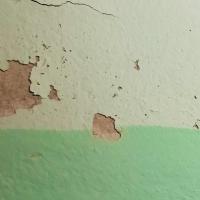 Poisoning is a risk children face and when it happens it is especially tragic because it can easily be prevented. Medicine can be kept up and away from kids. Cleaning and laundry supplies can be secured. Child resistant containers can be used to keep kids out of medications and substances like liquid nicotine.

But when it comes to serious risks of poisoning from lead in paint from decades ago, many parents and communities need help to protect their kids.

In the United States, we banned the use of lead paint in the 1970s, but it's still with us today. It is especially prevalent in older homes and low income neighborhoods.

Children are especially vulnerable. Kids can consume lead paint chips or inhale lead dust, and when they do, they are susceptible to serious neurological issues ranging from the loss of IQ points to chronic hyperactivity. These issues can last a lifetime. They are a drain on our health care system and family budgets.

The Reuters news service has investigated the universal nature of lead in U.S. homes, even to this day. It has reported about lead "hot spots" in Buffalo, New York, Los Angeles and other areas throughout our country. In a two-part series (part I, part II), Reuters found that 3,300 U.S. neighborhoods have documented childhood lead poisoning rates double those found in Flint, Mich. The news service provides an interactive map (scroll down) so you can see if your neighborhood is affected.

Lead paint can be removed, but it is a technical challenge like getting rid of asbestos, and that’s where the federal government comes in. Congress decided that the Environmental Protection Agency was the best clearinghouse for supplying the expertise states and local governments can rely on. But now, the EPA says it should get out of that responsibility and leave it up to the states.

We disagree, which is why 66 state and local Safe Kids coalitions joined together to tell Congress to continue to provide the funding for the EPA to continue to clean up the lead paint problem. On a bipartisan basis, there's been agreement on the severity of the problem and what to do about it. In 1991, the Secretary of Health and Human Services under President George H.W. Bush stated that lead was the “number one environmental threat to the health of children in the United States."

This is not a problem which can be painted over. If you agree, tweet your Senators and Members of Congress. All you need is your zip code to find your representative.

Here is a suggested tweet, or you could write your own:

Take The Suspense Out Of Shopping For Your Children

Watching Out for Military Families and Others Living in Federal Housing