Jacob’s Story: We All Have the Power to Prevent a Tragedy 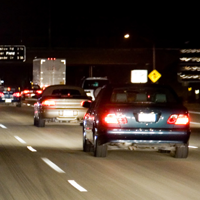 Every year the lives of almost 1.24 million people are cut short as a result of a car crash.

Most of us believe it could never happen to us. At least, I never thought it could happen to me. But, on April 12, 2014 as I was coming back from a high school leadership conference, our school vehicle was hit head on by a distracted driver.

I sustained spine, facial and traumatic brain injuries (TBI) and was immediately airlifted to a nearby hospital where I had emergency surgery on my lumbar spine and underwent facial reconstruction. The injuries were so severe that I was told I may never be able to walk again, but I was determined to never give up in my fight to regain my health.

By the end of April, I was attending TIRR Hermann Memorial Rehabilitation Hospital. For more than five months, I attended inpatient and outpatient therapy. As my condition continued to improve, I thought about how it could have been even worse if I wasn’t wearing a seat belt. And I thought about the millions of innocent people who would suffer what I went through or worse.

Because of the TBI, I am completely different emotionally, physically and mentally, and I have no memory of the crash. But I am even more motivated to take action to reduce road traffic injuries worldwide. Since the crash, I’ve advocated on road safety for children and teens on the local, state and national level, led national youth campaigns, and collaborated with many national organizations to develop innovative strategies to approach teen driver safety.

Though the numbers are big, they are preventable. Honestly, I’m not sure if I would even be here today if I wasn’t wearing a seatbelt. As passengers and drivers, we must increase awareness and make it known that every decision on the road will have a positive or negative effect on you and others.

Thousands of lives, families and communities are affected every year. Every one of us has the power to prevent a tragedy. We just have to make the right decision to do so.

Know the Risks of High-Powered Magnets at Home

It happened to my family, but it doesn’t have to happen to yours