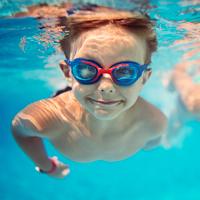 This year, we are marking 10 years of progress in reducing drowning deaths among our kids through passage of the Virginia Graeme Baker Pool & Spa Safety Act (VGB). There’s been a 25 percent reduction in U.S. pool deaths among children in the past ten years. On May 24, 2017, members of the Senate Committee on Commerce, Justice, Science and Related Agencies heard testimony about the law. Safe Kids Worldwide worked together with a large coalition to support passage of the bill and has worked to implement it in an effective way. Interim Safe Kids President Torine Creppy submitted testimony for the hearing on the far-reaching, positive impact on U.S. pool safety.

Senator Jerry Moran (R-KS) gave a shout out to “The Big Pool” in Garden City, Kansas, which is the largest public pool in the world and said, “If greater awareness can prevent one child’s death then this committee hearing has served its purpose.” Senator Amy Klobuchar (D-MN) recalled Abby Taylor who fought to survive for a year in an Omaha, Nebraska hospital following a pool drain incident. “She told me, ‘I don’t want this to happen to any other kids.’” 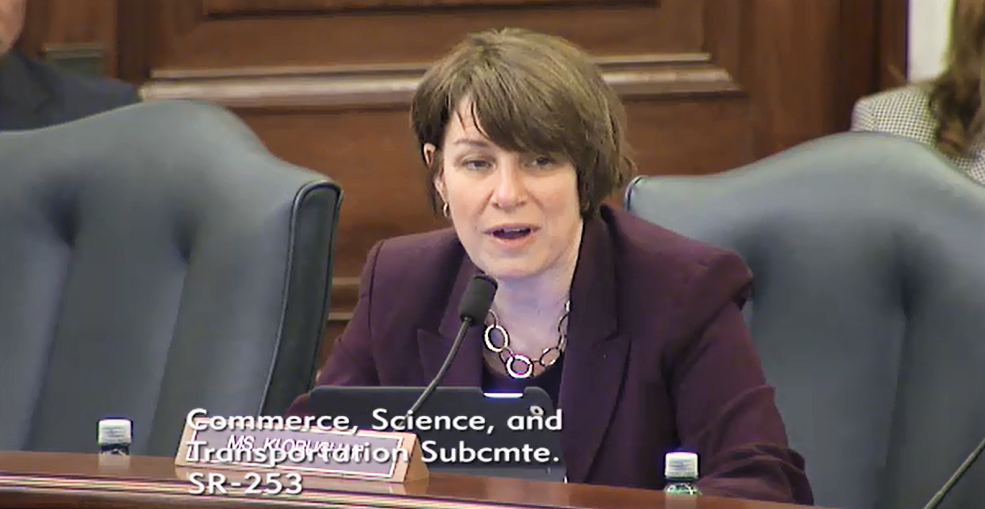 The testimony reads, in full:

Chairman Moran and Senator Klobuchar, we thank you for convening this hearing marking the Ten-Year Anniversary of the Virginia Graeme Baker Pool and Spa Safety Act (VGB Act) as well as the progress that has been made during that time. On Memorial Day, many swimming pools in communities and in private homes will open. We want our kids to have fun as they keep cool, but we want them to be safe.

This is so important because, among unintentional injuries, drowning is the leading cause of death for children 1-4 years of age and the second leading cause of death for children 5-14 years of age. In 2015, 755 children ages 0-17 fatally drowned in the United States, down 25 percent from 1,004 fatal drownings in 2005. Despite this reduction, each day two children fatally drown and it is estimated that for every death, another five children visit an emergency department because of a non-fatal drowning incident. Almost two thirds of fatal drownings in 0-17 year olds occur between the months of May and August. This was the lead finding of Safe Kids’ 2016 report, “Keeping Kids Safe in and Around Water: Exploring Misconceptions that Lead to Drowning.” The report was made possible by Safe Kids’ partner, Nationwide's Make Safe Happen program.

We have so much more work to do to keep our kids safe in and around water. It is clear that the VGB Act has led the way towards the enormous improvements and continues to do so. Safe Kids works with allies on improving pool safety laws at the state and local level. For example, we are supporting a stronger law in California and, as always, our first step is to look at the VGB law.

The importance of barriers around home pools is vitally important and that is the centerpiece of the California bill, SB 442. This is a story we told in expressing our support for that bill:

In 2016, Elizabeth and Jayce Thao, 2 and 3 years old, left their Fresno home through an open garage and accessed the swimming pool of a neighboring home. Police believed they entered the pool area either by walking through an open gate or squeezing through a wrought iron fence. In a search for them, police found the brother and sister dead in the pool. It was unfortunate that the home’s garage was open, allowing the kids to leave their home, but the Thao family could not have chosen to properly secure the neighbor’s pool.

Strong laws to properly secure the surroundings of home pools are vital, and so often families look to the law to protect their children from injury. Had there been viable fencing around the neighbor’s pool, the Thao children could still be with us today.

Safe Kids is a global network of coalitions with the mission of preventing unintentional injuries, the number one killer of children in the U.S. We work on a range of risks confronted by children and the parents seeking to keep them safe. The risks include motor vehicle crashes, sports injuries, home injuries such as window falls and medication poisoning, as well as drowning. Based on research, Safe Kids educates, increases awareness and advocates for effective public policy solutions.

Safe Kids was deeply involved in supporting passage of the VGB Act and its implementation. We appreciate the hard work of Senators Moran and Klobuchar, as well as allies in the House, including Rep. Debbie Wasserman Schultz.

From Selfie to #Safie: It Only Takes a Few Minutes to Help Save Kids’ Lives

Saving Lives and Tax Dollars: Why Prevention is the Key to Healthcare Policy

Swimming Pool Safety: Do Fence It In