A Sea of Change for Car Seats in China 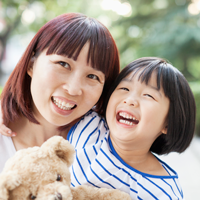 How our experts are helping make it happen

We were delighted recently when our partners at Safe Kids China asked us to visit and conduct a child passenger safety certification course in Shanghai. Our goal was to teach and certify health and safety professionals in Shanghai about the benefits of using child safety restraints in the car.

This was a pretty important goal considering that only an estimated 2-3 percent of the population in China have or use car seats and as a result, too many children are injured or killed in car crashes every year.

But things are starting to change. A newly passed law will go into effect soon in Shanghai that will require children under 4 to ride in car seats. This is huge step in the right direction.

Newly trained technicians in Shanghai will have a big job ahead of them in terms of teaching colleagues, health professionals, law enforcers, retailers, families and so many others about how kids can be safer in the car while following a law at the same time. Embracing the use of car seats will not happen overnight but we were proud and excited to take the first steps with our Safe Kids China partners.

Our certification team was made up of three instructors, Alexis Kagiliery from Safe Kids Worldwide, Helen Arbogast of Safe Kids West Los Angeles and me. We were also fortunate to have another member of the team, Fai Leung, a car seat technician and engineer from Evenflo, a car seat company. Fai was born in Hong Kong and speaks, writes and reads Mandarin. He helped us translate the glossary and also helped prepare the class for the more difficult certification course that would be conducted only in English. The students respected his knowledge and so did we.

The 13 students in our class were all Chinese with English as a second language. They were smart, motivated and extremely patient. Imagine having to translate every word of the class (especially the technical ones like “emergency locking retractors”) from English into simple Chinese. It was a challenge for all of us. Fortunately, we had Fai (I can’t thank him enough).

Although we lost one student to illness on the last day (he was taken to the hospital and was eventually fine), we graduated 10 technicians and two educators. We identified four possible instructors in the group, and will continue to work with and mentor them so they can eventually conduct certification classes on their own. It could take as long as three years to have an independent instructor team in place, but this was a great and important start.

Every certification class ends with a car-seat checkup event. The final exam for every technician (no matter where the course is provided) is making sure that they can help parents understand how to select the right seat, put it in the right place, face it in the right direction and install it properly. With so few parents using car seats in Shanghai, it was a challenge to meet that requirement. But our resourceful hosts found a way to make it happen by inviting friends to bring their kids to the parking lot outside the classroom.

It was so rewarding to see the newly certified technicians in action. They weighed and measured each child, and helped parents pick the right car seats from the ones that were used for the class. They taught the parents to adjust harnesses and pick the place in the demonstration car best suited for the car seat. Then they taught them how to install the seats. It was a great experience and all parents left with a much better understanding of how to keep their kids safe.

Stay tuned for part two of this story when we return to Shanghai in November.

Why all parents need to register their car seat today

Buckle Up: Keeping Your Kids Safe in the Car

Registering your car seat - a small, but important task

The Right Seats Save Lives