Safe Kids is committed to keeping you informed about recalls of products that can put kids at risk. This recall report includes Toys ‘R’ Us pacifiers and Sahn bike helmets. The Safe Kids’ recall center is a unique place where parents and caregivers can go to stay up-to-date on recalls of all child-related products.

SIGN UP! Did you know that more than 130,000 pounds of Tyson’s Chicken Nuggets were recalled recently? Would you have wanted to be among the first to know? Sign-up for our twice-monthly recall email.

September 21, 2016 NHTSA; Evenflo recalls Evolve 3-in-1 Combination Booster Seats because a child can access the release button and loosen the harness, leaving a child unsecured in the event of a crash. Units: 29,742.

September 29, 2016 CPSC; Mahco Inc. recalls tripod stools because the plastic caps on the legs and the plastic hub they fit into can crack, posing a fall hazard.

September 21, 2016 CPSC; Lenny Lamb recalls the Buckle Onbu infant carrier because the carrier is missing internal stitching and the infant can fall through the bottom of the carrier, causing a fall hazard. Units: 900.

September 15, 2016 CPSC; Captiva Designs recalls bungee chairs because the rivets that hold the cording on the chair frame can break allowing chair to collapse, posing a fall hazard for the user. Units: 4,100.

September 13, 2016 CPSC; Black+Decker recalls electric blower/vacuum/mulchers because a fan cover can unlatch unexpectedly and pose a laceration hazard. Units: 560,000, in addition about 20,000 in Canada.

September 8, 2016 CPSC; ZapBulb recalls mosquito zapper LED light bulbs because the base can separate from the bulb and cause an electrical shock hazard. Units: 11,500.

September 1, 2016 CPSC; Polaris recalls RZR XP Turbo recreational off-highway vehicles, some previously recalled, because the vehicles' engine can overheat and turbo system’s drain tube can loosen, posing a fire and burn hazard. CPSC reports at least 19 ROVs catching on fire, one in Utah involving a young child who suffered severe burns. Units: About 13,000 (including the 2,230 vehicles previously recalled on December 2015.)

September 1, 2016 CPSC; KTM North America recalls Motocross competition off-road motorcycles because the connecting rod in the crankshaft assembly can fracture, causing the operator to lose control of the motorcycle and crash. Units: 920.

September 1, 2016 CPSC; KTM North America recalls Motocross competition off-road motorcycles because the connecting rod in the crankshaft assembly can fracture, causing the operator to lose control of the motorcycle and crash. Units: 920.

September 1, 2016 CPSC; SAHN Designs recalls Classic SH523 bicycle helmet because they do not comply with the impact requirements of the federal safety standard for bicycle helmets, posing a risk of head injury. Units: About 2,000 (in addition, about 1,600 were sold in Canada). 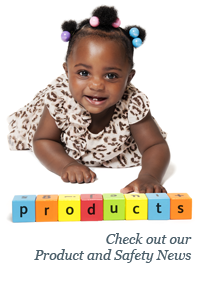